I had to prove myself wrong. In a previous post, I was discouraged about the lack of fish I was catching during the current period of larger surf and said that the fish probably just stay in deeper water until the swell declines. Well, the surf has been up for nearly 2 straight weeks and fish gotta eat, right?

I read articles on winter time surf fishing up and down the CA coast. Most common bait – mussels or ghost shrimp on c-rig. So, this am was max high tide at 6:30am, 13ft swell from 295 degrees (9 foot face surf on the sets) and I fished. I used a 1oz egg slider to keep on the bottom, but, of course, it was getting swept down the beach. I also read that in winter, timing your cast with bigger waves is probably the most crucial aspect for best chances of catching anything. Cast after a set of waves rolls through – when you can see flat ocean for a ways. I did. Woohoo! Got this little Corbina on my 8th cast. Not big, but still a fin fish in large surf nonetheless. 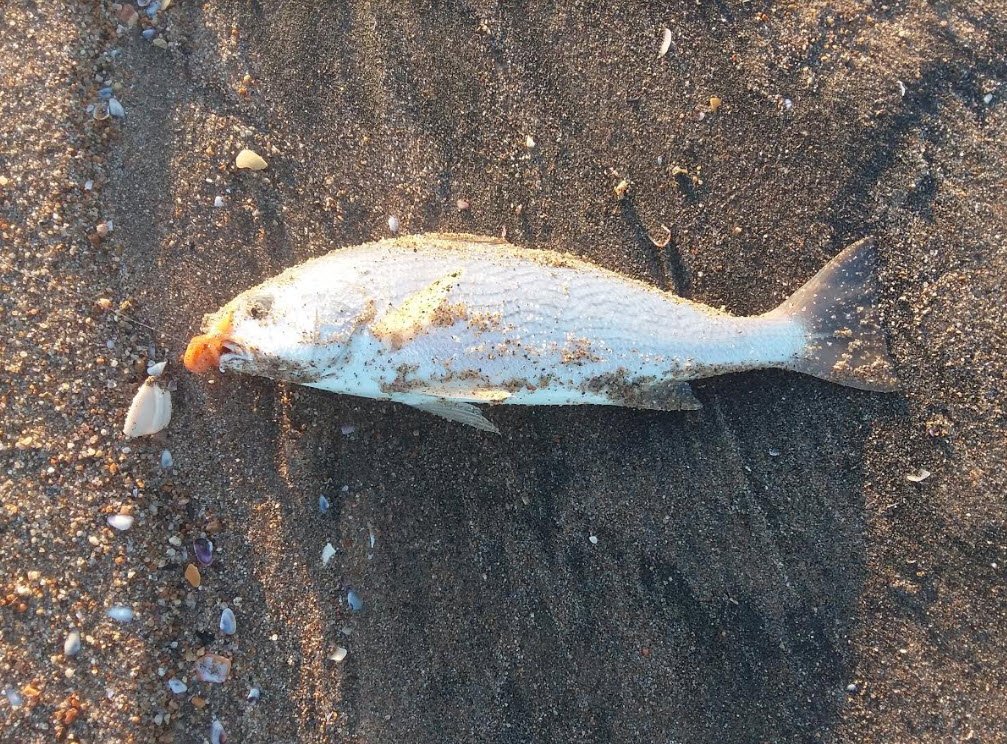 AWESOME!!! I went back to the same spot as this morning’s success and got this nice little surf perch on mussel. Same everything as this morning. I saw the rip current about 50 feet wide by about 100 yards long and figured there had to be fish in there. it took 2 casts and I was on almost immediately. I actually loosened my drag a little as the surf was still big – I had time, so no need to force it in quickly. It’s a good thing I did as the hook was barely in it’s lower lip and the hole was pencil eraser size (so it was ready to come out if I pulled hard. Believe it or not, I think this was the first day that I have actually caught fish on 2 separate trips in the same day. WHAT A DAY!!!